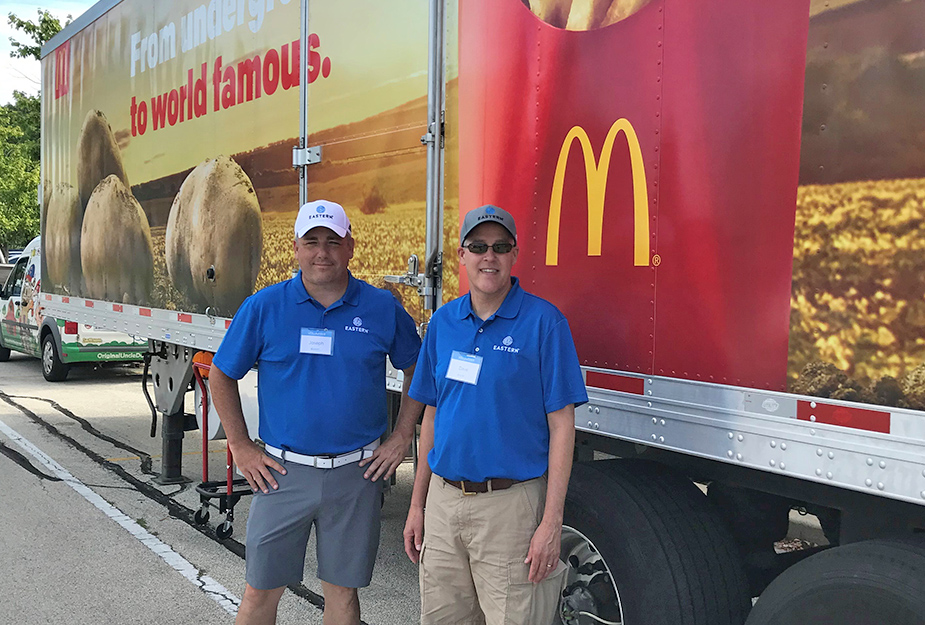 For Ronald McDonald House Charities of Chicagoland and Northwest Indiana, it was a big week.  On Wednesday, July 17, they hosted one of their signature events - the RMHC-CNI 33rd Annual Golf Classic. This year’s event was resoundingly well-attended by a sea of enthusiastic supporters.  For families facing serious illness, the generosity of attendees is a lifeline, with fundraising proceeds providing direct support so families can stay close during treatment allowing them to get better together.

To make it all happen like clockwork, RMHC-CNI counts on the generous help of a legion of volunteers who are impressively organized. This year, Eastern’s Joe Davis and Dave Cooper were among the volunteers. As ‘Snack Captains’ they made sure participants were hydrated and had plenty of goodies, including Oreo’s, Twizzlers, Fischer Peanuts, David Sunflower Seeds, and more!

The event concluded with a celebratory reception and best of all, the event raised over $500,000 to help children and families be near to one another during treatment of their loved one’s illness.