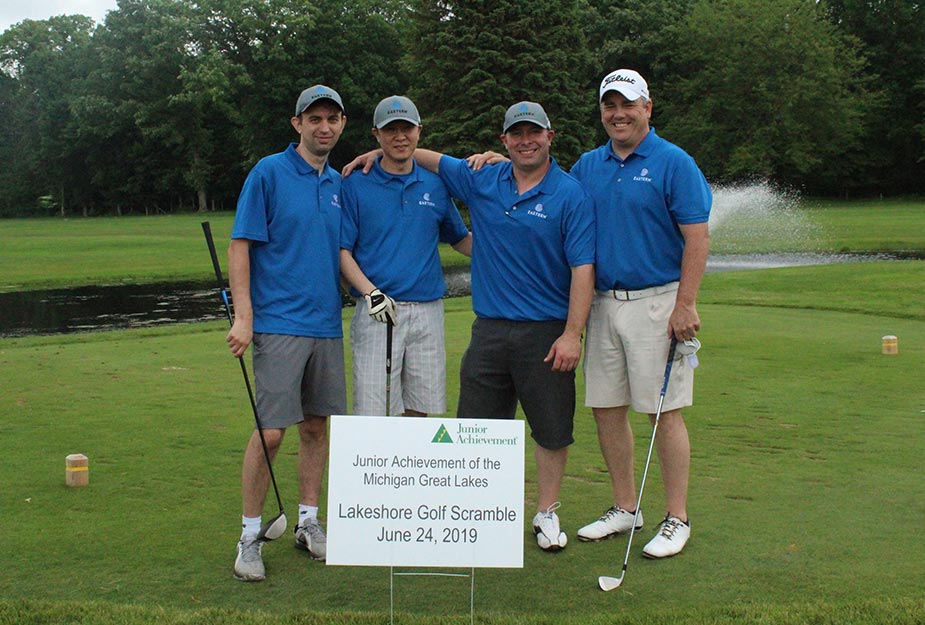 This year’s event took place at the beautiful Spring Lake Country Club in Michigan. Eastern joined in the fun by participating as a Supporting Sponsor.  The foursome included Eastern team members Edin Dzilic, Sean Kwon, Joe Davis and Rick Bloniarz. The group played an 18-hole scramble, and—according to Rick’s behind-the-scenes reporting—they “played pretty good, hit a 72 on a par 72 course. Joe only yelled at the ball once or twice, and Edin improved (slightly) over last year”.

After a full day of fun on the course, networking with Junior Achievement representatives, a delicious buffet, and a silent auction, the event wrapped up just before the rain started. And let’s not forget the fantastic funds that were raised for JA. Eastern was proud to be part of such a successful team effort.

Get to know more about Junior Achievement of the Michigan Great Lakes or take a closer look at the variety of JA programs!